What more could a girl want!

My pink laces arrived today for my roller skates and next to my pink hoola hoop look very cool! Who said toys are just for children! 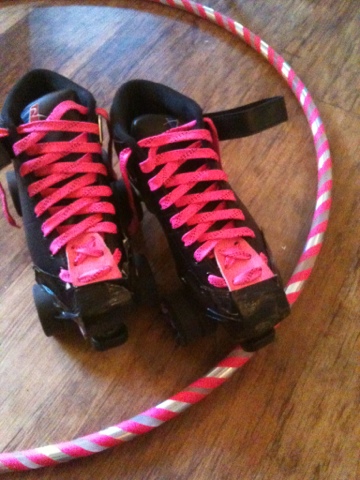 I am british therefore I talk about the weather.

Currently the weather is a topic on everyone's mind because it's just so bad. Let me put this into context as i know other places in the country have had some respite from the awful weather but down in Cornwall pretty much the whole of June has been a wash out. I'm not just saying that it has been bad because i want scorching hot temperatures for the whole 3 months of summer! i'm saying it's bad because in June you do not expect gail force winds, torrential rain and temperatures barely out of single figures.

Recent reports on the news have said that this is the worst summer since records began, and just last night there were more reports of severe flooding in the north when another months worth of rain has fallen in just 24 hours. This isn't a one off either with only a few weeks ago Wales being severely hit with flooding. 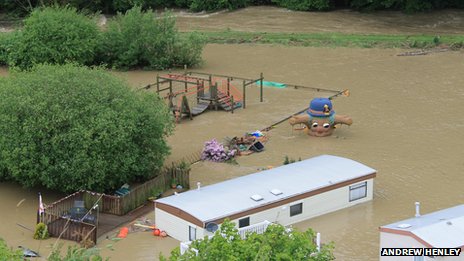 The riverside caravan site in Aberystwyth Wales  at the start of June that was hit by severe flooding.

And last night news reports came from northern England and into Scotland of more severe weather with parts of Yorkshire suffering from  more flooding and extreme weather. 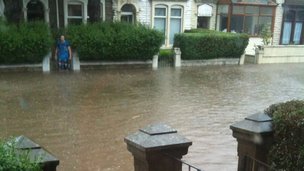 It's not just the torrential rain causing severe flooding that's making the headlines either. The recent Download festival was hit by heavy rain. These images from the Download festival website show just what happens when you add 1000's of rock fans, muddy fields and plenty of the wet stuff!

But it's not just download festival that has suffered badly, The isle of White festival that is happening this weekend has also been hit by the bad weather. With the festival fields being flooded revelers could not access the site and with no where to go were stuck in their cars over night!

These images from the Guardian website show the severity of the wet weather in the south of the country on the Isle of White. 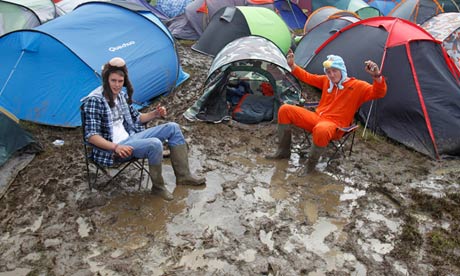 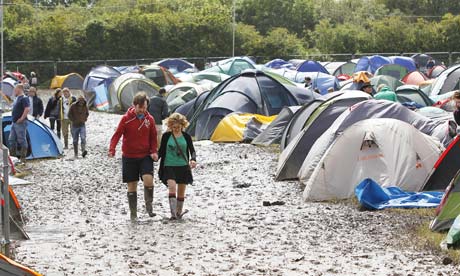 It's not just the big music festivals that have been effected by the rain but all sorts of events across the country are suffering. In April this year at Santa Pod raceway a weekends camping and drag race event had to be cancelled due to yet again the wet weather.

This is an account from the Big Bang vw website on the events that happened that soggy weekend. "We are heartily sorry that we had to cancel Big Bang on Sunday. It is not a decision that anyone at Santa Pod took lightly, but at the advice of UK Event Safety, who had already been dealing with cases of hypothermia due to collapsed tents and flooded sleeping areas, it was decided to cancel the event.  An additional problem was dreadful flooding that was only getting worse and it would not have been sensible to allow more people onto a site that was already in a bad way.
No-one at Santa Pod can ever remember seeing such extensive flooding in the camping fields!"

Weather forecasters have reported that the next 30 days at least are going to continue to be unsettled with no real sign of any wall to wall sunshine on the cards. The last "Summer" that i can remember being continually warm, or at least dry and bright was in 2006. Let's hope that jet stream changes it's cause soon, and one year we will get a lovely summer without so much rain!
Posted by Amanda at 08:34 No comments: 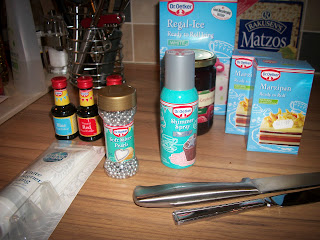 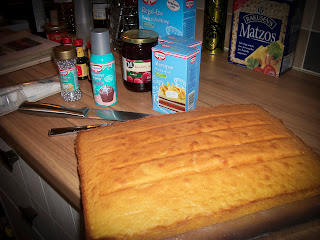 Heres the cake that i baked before turning it into a Porsche! 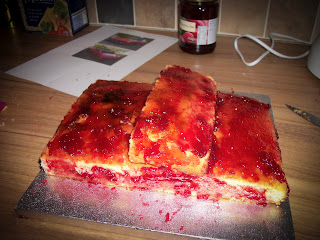 Cut out and covered in Jam, maybe a little too much jam as it came oozing out the sides! 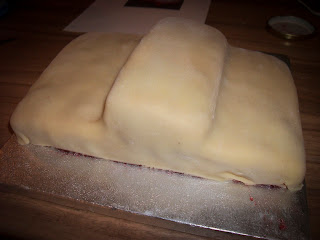 First layer of marzipan and then more jam. 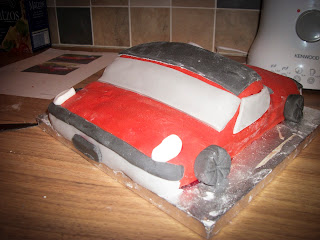 Then i started building up the layers, firstly covering the whole cake in red. Then adding the windows and roof, and bumpers and wheels. 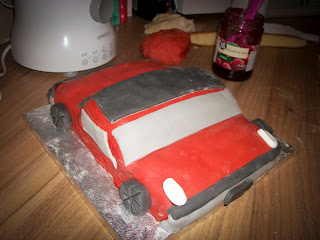 Last few details adding the porsche name across the back engine cover and adding windscreen wipers and door handles. I don't think it's too bad considering i had to create this just from a picture with no instructions, how to's or step by step anything.

Happy Birthday James.
Posted by Amanda at 18:12 No comments:

Email ThisBlogThis!Share to TwitterShare to FacebookShare to Pinterest
Labels: Baking

Well i've got to say when i heard on the news about 9 year old Martha Payne and her blog never seconds, i was really touched. If you haven't heard on the news this little 9 year old girl takes pictures of her school lunches each day and then blogs about them. She rates her food and thus forms the basis of her food blog.


Not only is this young blogger creating a daily feed of blogging she is also raising money for charity too! What a little star. However when the press found her blog the school had asked her to stop the blog and stop photographing her school dinners.


It didn't take long for the press to find out about this either and suddenly she is allowed to photograph her dinners again and the mass media interest has turned her charity funds from a few hundred to several thousands of pounds in a few days.


This is a truly inspirational blogger, and at 9 years old really is incredible. If you would like to visit her blog or donate some money for Mary's Meals a school meal projects in Malawi you can here.


Well done Martha.
Posted by Amanda at 09:24 No comments:

Never ask someone else to feed your Guinea Pig, One minute my partner is opening the bag of dry food to feed my piggies the next minute one of my piggies is in the bag of food!! 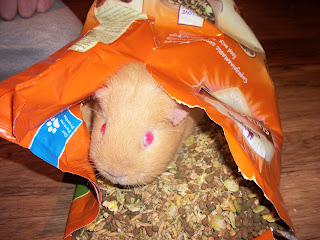 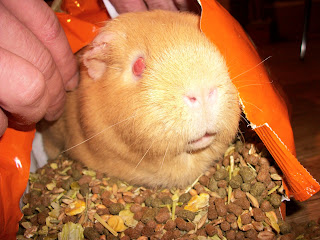 I'm sure my piggy was very happy, and thought he had gone to heaven, unfortunately he was not allowed to stay in the bag very long as piggy by name piggy by nature he would have gorged himself silly.
Posted by Amanda at 09:15 No comments:

Well there's nothing more British than camping in the rain! Good times have been had with good friends it's just a shame good old mother nature likes the wet stuff! 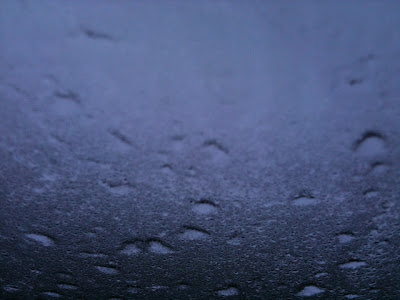 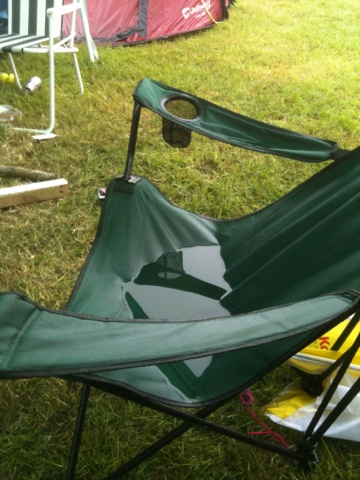 Run to the Sun Show and Shine Newquay

After 4 years of abandoning the Newquay Run to the Sun in favour of supporting new show plymouth Volksfest i have not been in Newquay for a bank holiday for some years. So this year unable to attend Plymouth Volksfest due to work commitments and the fact that this years Run to the Sun show and shine was being held at RAF St Mawgan which is just a couple of miles from my house i decided to check out the show.

After leaving the house for what should have been a 3 minute drive we joined the queues entering the show, After about 30 minutes we were eventually within the show ground and directed to park at the very end of the show. Once parked we started to walk up the rows of parked cars. Within these parked "normal" cars were a selection of nice classic vehicles and interesting modern creations. However it seamed to be more of a mass car park of cars rather than a show and shine. 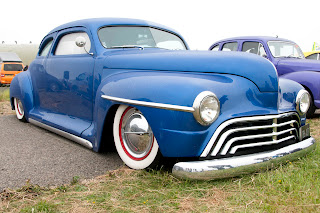 There was some organization of the show cars themselves, but with the driving drizzle and strong cold wind a lot of these cars seamed to have gone already. And even by midday there was what seamed to be a longer queue of traffic leaving the show as there was still arriving.

There were a few stalls selling food, drink and ice creams and a few inflatables for the kids but other than that there wasn't a great deal going on for car enthusiasts. The show didn't have a cars for sale section, or an auto jumble, let alone any car parts traders with bits for sale for those that have traveled in old vehicles that inherently need ongoing repairs all the time.

We sheltered in the van for a lot of the time and only dashed out to look at the cars in between bouts of dryer weather. 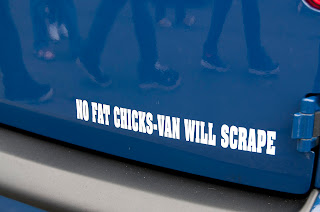 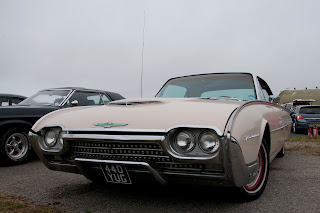 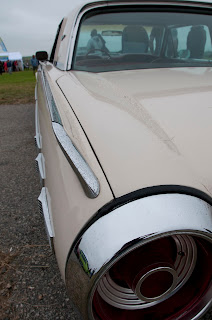 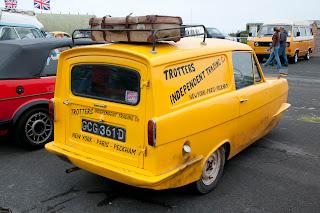 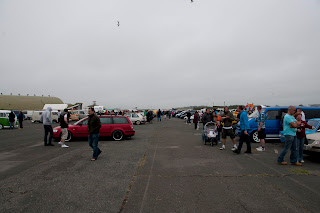 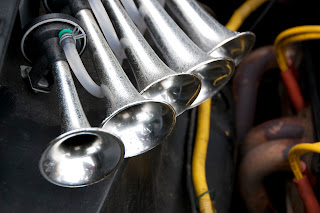 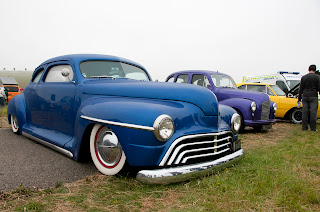 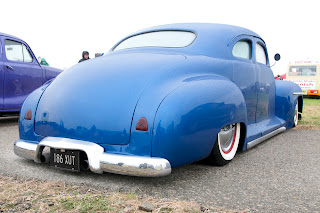 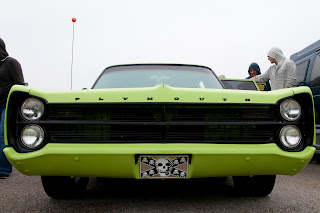 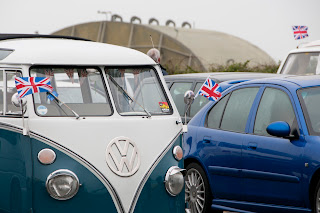 Good to see some Jubilee support even at a classic car show. 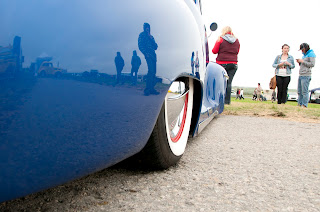 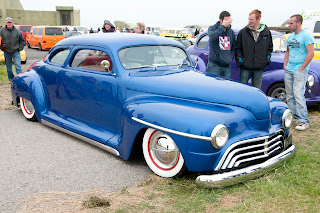 Yesterday I had the pleasure in Photographing a beautiful wedding in Saltash in Cornwall for the lovely Jan Miller and Ben Cussons. I must say what an amazing couple and such a beautiful day. Arriving at China Fleet Country club to a very warm day, beautiful sunshine breaking through the clouds and a lovely breeze it was the perfect day for a wedding. Although the sneaky weather had other ideas, and once the couple were married the weathered tried it's best to dampen spirits, However with a few changes of location for group photos to avoid the rain and a well timed wedding breakfast the rain couldn't put a dampener on their wonderful day.

I'd like to wish them all the very best for their future and it was a privilege to be a part of your wedding.
Posted by Amanda at 08:57 No comments: