Running in Cornwall, getting over the eight mile mark.

In the aftermath of the London Marathon last month I guess there will be lots of people wanting to get into running and lots of people inspired by the television coverage of thousands and thousands of people all enjoying a run on the weekend and I am no different.

In December just 5 months ago I attended my first ever Park Run and attempted to complete the 5km course, and I struggled. I could barely breath around the course and had to walk large sections of it and the next day I could barely move as my legs had gone so stiff. But for some reason I enjoyed it and found myself there the following week running the 5km course again!

Since then I have knocked 7 minutes off that first attempt and even joined a local intro to running group to try and get fitter and better at running. With the encouragement that there were 38,000 people in London last month enduring over 26 grueling miles of running I would also push myself and attempt 8 miles of running. So far I had managed to run a maximum of 5.5 miles on a recent charity run from Wadebridge to Padstow along the camel trail but today I wanted to go further and set myself the target of running 8 miles. 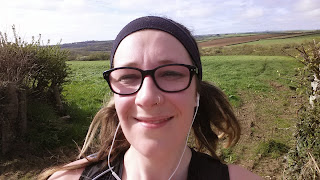 With a route planned I was off jogging through the Cornish countryside, the sun was shining and the winds were light and it was the perfect day to be out running. Although there was a slight downside to my plan, I got lost!!! 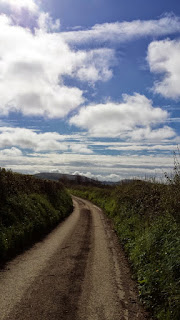 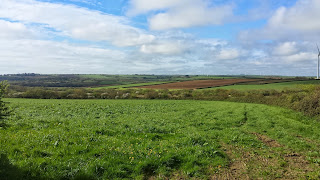 I had a route planned out and I thought I knew where I was going but after a while I had to check the map on my phone and I was definately heading in the wrong direction. With a new route planned I continued to run and just took it slowly. As I plodded through the miles. I struggled the last section as it was up hill but just kept going slowly and surely and got to my finish line and reached my goal of running 8 miles.

With 5 months until my first ever half marathon I know I've got a lot of training to go but I'm really pleased with reaching the eight mile mark as it's probably the furthest I've ever run! Who'd have thought that attending one Park Run event would get me signing up to do a half marathon! 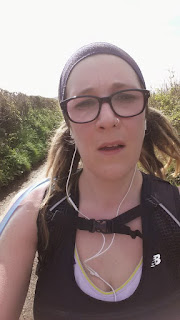