It's impossible not to notice that this weekend hosted the 37th London marathon. Even if you are not a runner it was impossible to avoid the event and the stories that came pouring out of the event.

For people like me that love running, watching the event televised all day was absolutely amazing and was a complete and utter emotional roller coaster journey. There were stories how running had changed peoples lives. There were stories of wonderful people running to raise money for charities that fight to cure cancer or provide support for so many ailments. There were people that were running to save themselves and others that were running in memory of others. It was just one after another of incredible people who have trained for months and months to get to that race on Sunday.

What is probably the most moving aspect of the race this year was when one runner, David Wyeth from Chorlton Runners which is a Manchester based running club, was so close to the finish line when his body started to give up and didn't want to run any further. Several runners carried on running past him but Matthew Rees from a Welsh club the Swansea Harriers stopped and helped David Wyeth to finish his marathon.

It was such a selfless thing to do and Matthew Rees really won the hearts of so many and made me proud to be a runner and a part of the amazing running community.

When I was a teen at school I loved running. I ran for my school and then I ran for my county at the Chelmsford Athletics club based at the melbourne stadium in Chelmsford. I loved it then, I competed in the cross country, the 800 and the 1500 metres and It was all I was interested in. Training several times a week on the track and out and about on the local roads and competing at the weekends it was a major part of my young life.

But then as with most people growing up things change. Priorities change and suddenly I didn't want to dedicate my time to running and training and going out with friends and drinking soon became where I wanted my time spent.

Several years passed and I did less and less running. I moved away from Essex to Cornwall and my life was changing. After more than ten years had passed my sister invited me to attend a Park Run with her. My life changed at that one park run event!!!

It was my first run in years and I fell instantly in love with running again. Since that first Park Run in 2014 I've been addicted to running ever since and run a half marathon several 10km events and now joined a running club and I'm so proud to be a runner. 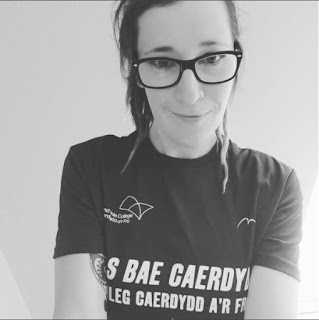 I'm so proud to be a member of the Newquay Road Runners who not only are the most friendly and encouraging bunch but are also the reason that I have achieved so many PB's. I look forward to my weekly runs with the club and feel privileged to be welcomed into the club.

Then seeing events on the television like Matthew Rees's selfless act of kindness it shows that running isn't just about getting fast times and running your own race it's about being part of a community and helping others to achieve their goals.

It's impossible to express how much running has changed my life in the last two years. I'm the fittest I've ever been. I have structure to my weeks around exercise and see so many friends out running. I look forward to running and don't drink as much alcohol that I used to knowing that it doesn't help with running hydration. 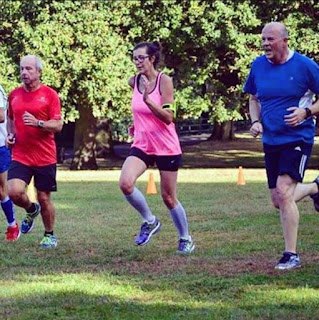 It's not always easy and some runs are hard, some runs are during gruelling weather in pouring rain and strong winds and sometimes I wonder why I am doing it. But then other runs I pass another runner and we smile at each other. The sun will break through the clouds on a lonely country road and I feel a huge sense of achievement being out on the roads seeing such beautiful scenery and realising that If I was just sitting at home watching TV or down the pub I would easily miss these special moments.

I'm a runner and I'm part of the running community and I'm proud to do so. 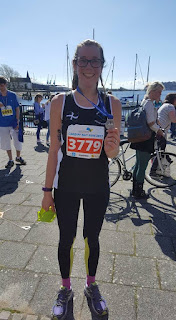