Saturday saw me attend my 38th Park Run.
Since going to my first Park Run in 2014 I have really fallen head over hills in love with running but that love of running has seen me sign up to lots of events and that has seen me drop Park Run on Saturdays in favour of saving my legs for long runs on Sundays.

This week whilst in Essex my training plan allowed me a recovery run at Park Run. It's incredibly hard not to want to run fast and push for a PB but sometimes it's nice to take things a bit easier. 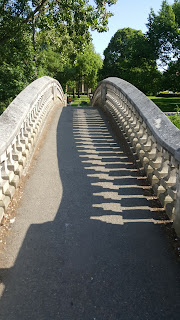 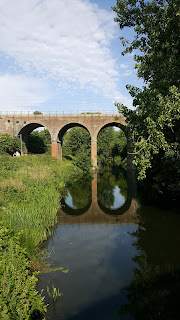 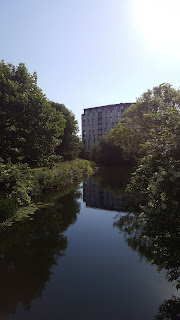 Although after seeing my time maybe I took things a bit too easy! My sister lives in Essex and is a bit slower than me and as I had run around 18 miles already that week I decided I would run with her and I would go for a nice easy run.

The weather was scorching and was already over 24'C in heat at 8am in the morning and the air felt thin. With a beast of a headache and sweat already forming I was greatful to be running slowly.
As we started on the 5km route the crowds started to spread out. At the Chelmsford Park Run there are well over 500 hundreds each week that all turn up, run and dissappear as quickly as they arrive, It's fantastic.

After about half way the clear blue sky that was there when we started started to fill with clouds and the seccond half of the run was slightly cooler. I think I had wished for the cooler weather a bit too soon and before we knew it we were running to the sound of thunder crashing and lightening striking in the the sky. 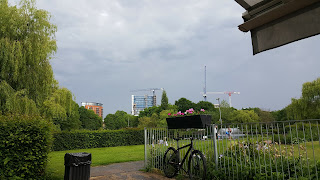 I find Park Run fascinating. One minute there are hundreds of runners, spectators and marshalls and then the park is empty again. It's a brilliant event to be a part of and although I was 7 minutes slower than a previous PB at Chelmsford Park Run I had a wonderful run and a great social run and chat with my sister.

Although I do Park Runs few and far between I'm getting closer to getting my Park Run 50 T-shirt!!
Posted by Amanda at 17:30