I'm going to start this blog post with worrying where on earth the year is going? I had all the intentions in the world to keep writing regular blog posts and keep my blog updated with regular posts about my life and so far my life must appear to be very boring as my blog is so very quiet.

It is actually the complete opposite in my life and I am so busy away from the computer that I barely have time to blog anymore. When the weather turns nasty and the rain pours down the window I peer outside and don't want to venture anywhere. Suddenly, writing a blog post with my feet up on the sofa seems like a much better idea.

Back in April, I took part in the Cardiff Bay 10km road run. For some reason I have a real love with road running in Cardiff as this was where I took part in my first ever half marathon back in 2015.

Like with any event I train each week and hope that the injuries and illnesses stay away and that the weather is kind and the Cardiff Bay Run couldn't have been more perfect.
Setting the alarm clock for 5am and piling into the car and leaving Cornwall the sun was just starting to rise. It was a beautiful morning and we were on our way to Wales.
Unfortunately I suffer from IBS and I have no idea when it is going to effect me or not and for some reason whether it is stress or excitement this morning was full of a terrible stomach ache.

After a little sleep in the car whilst my partner drove and I rested, we were arriving into Cardiff and into the car park alongside hundreds of other runners.
Then the excitement starts to hit and the adrenaline starts whizzing around my body.

I pinned my running number to my vest and headed to the start area for the race and soon started to realise that this was a pretty big event with thousands of runners. The sun was shining brightly and there wasn't a cloud in sight. The atmosphere was fantastic.
After a ritual of using the loo what seems like a thousand times I was then herded into my starting pen ready for the race to start. Luckily being a large event it is chip timed and so starting near the back and hearing the starter klaxon go I knew I wouldn't be starting to run for a little while.
As the runners started filtering across the start line I started to jog and gradually picked up to a run to officially begin the run.
It was hot! I tried to tactically run in the shade where possible but it was such a busy race this was hard. The race was whizzing by and I was pushing hard. I ran my way out of the city onto the sea wall for the out and back and the atmosphere was amazing. Whilst I was running on my way out, hundreds of runners were already passing me that bit closer to the finish. There were good water stations available and a brilliant atmosphere that kept my speed up.
I managed to complete the run in an official time of 55:49 which was a 10km PB for me.

I'm over the moon and super pleased with the result as my IBS was playing up and I had a stomach ache the whole way around and felt like I had to hold back on sections as I was in so much discomfort.

I would highly recommend the Cardiff Bay Run as it is a well organised event, with good crowds, a lovely medal and an awesome T-shirt and most definitely worth the drive up from Cornwall. 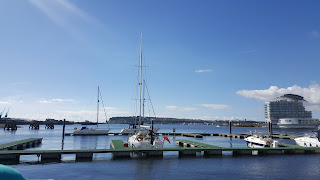 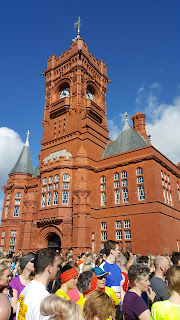 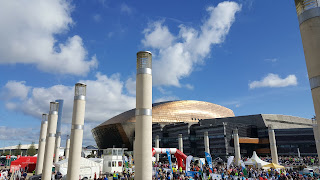 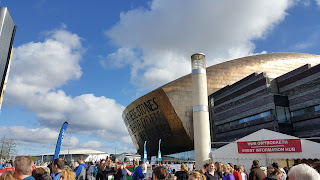 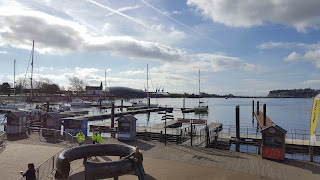