When a friend mentioned they were running in the Bideford 10km I just knew I wanted to take part too.
I have grown up with Bideford as my second home. My Grandmother lived there and so did my cousins and Aunties and Uncles and I had spent many a happy summer holiday in the North Devon town.

Realising that I was available on that Sunday and there were still places left I signed up straight away.

The morning of the race arrived and as with most races my alarm clock went of at 6am. I jumped out of bed, fueled up and headed out the door to drive the 90 minutes up country to North Devon.
It was such a brilliant drive. The coast road up the A39 from Cornwall to Devon is stunning at the best of times but this morning the sun was shining and there was a classic car show going on in Bude and the road was filled with beautiful classic cars.
Every car that I past filled me with excitement and there were a few odd occasions where I thought perhaps I should boycott the race and head to the classic car show instead!!!

I continued to the race and arrived in good time and lots of people were arriving too. It felt so lovely to be back in Bideford. The sun was glorious and it made the town look even more stunning. The sun glistened on the water and I did my usual joining the toilet queue immediately!


Being a more local race for myself there were a few other runners from Newquay Road Runners and a friendly atmosphere all around. 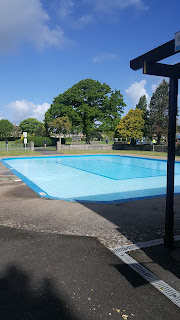 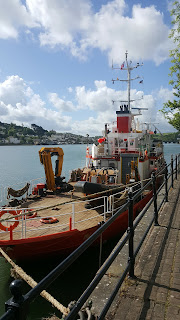 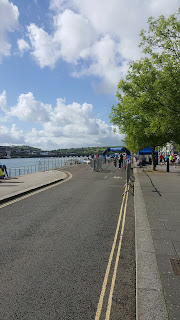 Everyone crowded on the pavements waiting patiently to assemble at the start line on the road. Before not too long the road was temporarily closed and we flooded onto the road. The race was off and we headed along the river bank towards the old bridge before crossing the river and following the road to Instow.
It was such a lovely day but it was hot. The trees lined the road and kept any breeze away and the sun was beating down on all the runners creating a crowded bubble of heat slowly running along the coast road.
On arrival at Instow we turned off the road and headed back on ourselves along the Tarka trail back towards Bideford. Although, heading back towards Bideford the little white town looked really far away but for the return leg of the journey we fortunately had a sea breeze to cool the runners down.
With a water station and the breeze I had a second burst of energy to complete the race finishing with a time of 00:54:26 which was another PB beating my previous time at the Cardiff Bay Run by 1 Minute and 23 seconds. That might not sound like a long time but for me that was a brilliant result and meant I was running around 15 seconds quicker on each mile on a 10km race course.
Over the moon with the result I collected my medal and collected my race T-shirt and decided to head to the near by beach at Westward Ho! For a little rest in the sun and refuel before getting back on the road and heading back home to Cornwall. 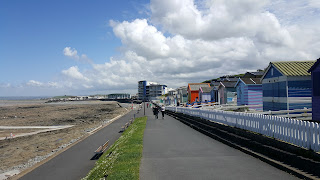 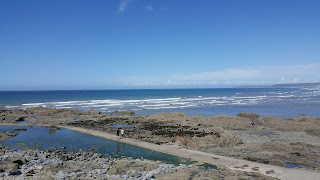