Cycling in Cornwall, The Pentewan Trail, St Austell and Roach

Each weekend I love to utilise my time as much as possible and in the winter these means squeezing in exercise that I would usually do in the evenings during the summer. If the waves are learner friendly then i'll be in the sea learning to surf if the waves are too big and scary but the weather nice then you'll find me out on my bike. Even when the weathers terrible I've recently got into the habit of attending the Lanhydrock Park Run 5km each Saturday morning.

Last weekend was glorious, it was cold but super lovely and bright and so I stated to plan a route to complete on my bike. I've mainly been doing bike rides that consist of a circular route and normally to the north coast and back but this week with an offer of picking me and my bike up I decided to head in the opposite direction and cycle to the south coast of Cornwall.

With the first few rotations of the peddles on my bike my legs were feeling pretty stiff from the previous days Park Run but I wanted to push on and reach my goal of seeing the sea on the south coast. Previously i've managed 20+ miles on my bike and this week I was attempting to achieve 16+ miles to reach the coastal village of Pentewan but i've not yet cycled any distance the very next day after running.

Leaving my house I headed straight to the Goss moor trail and enjoyed the relatively flat off road cycle which finally got my legs warm. However I had forgotten just how high Roach is and slowly peddled my way up hill to reach Roach Rock. It was definitely worth the effort as on such a beautiful day as from the top it really did look stunning. With a brief stop, a quick photograph and a slurp of water it was back on the bike to continue pushing my way up the hill towards Stenalees. Once I reached the roundabout I knew the next section was going to be worth the long uphill burn as the next section was pretty much all down hill towards St Austell. 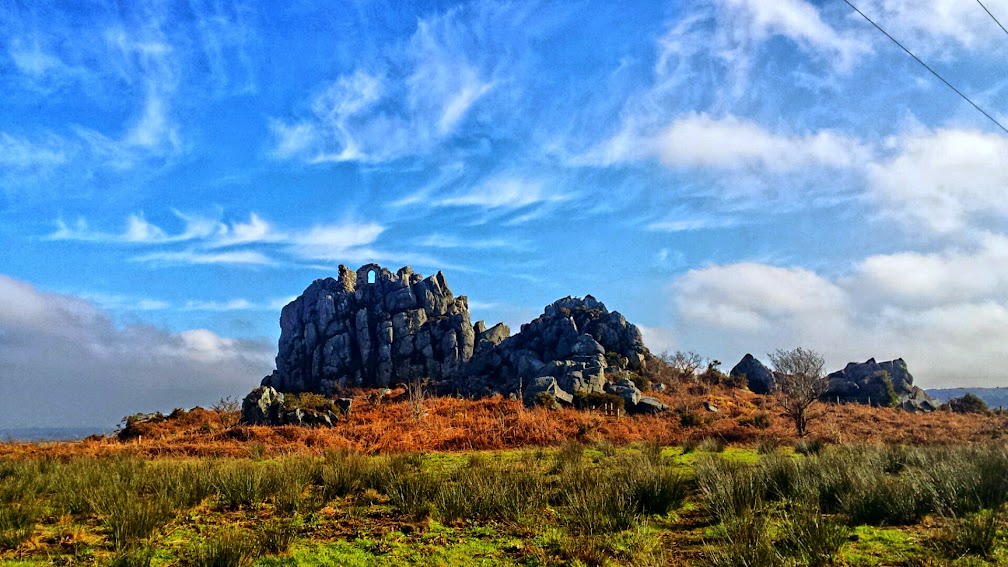 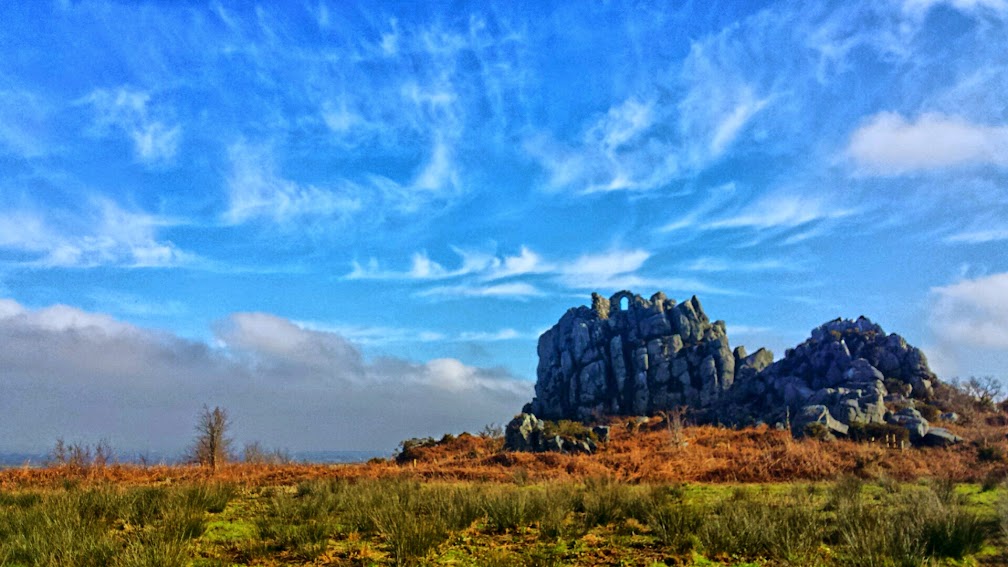 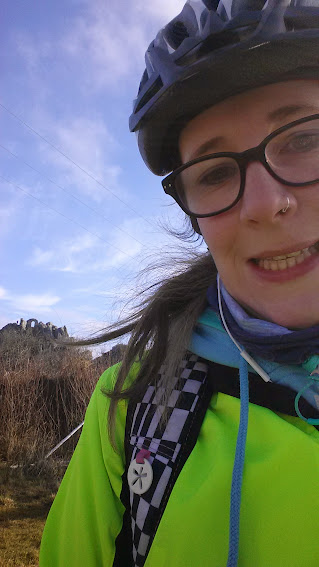 I whizzed down the road, catching my breath and letting my muscles rest I hunkered my body down trying to avoid the wind in my face. Within seconds my eyes were streaming from the cold wind in my face but it felt exhilarating. I've recently started to track my exercise using the Endomondo ap and this is great as over a distance it will tell you just how far you've gone, where you've gone and how fast you achieve each mile. With an average pace of around 6 minutes a mile I was suddenly hearing via my headphones that I had just completed a mile at a speed of 2 minutes 58 seconds for the mile with a top speed of 27.14 miles an hour!

As I was cycling towards Trehowel I saw people using the clay trails and thought to myself that looks like more fun than being on the main road with the traffic speeding past so headed onto the clay trails. 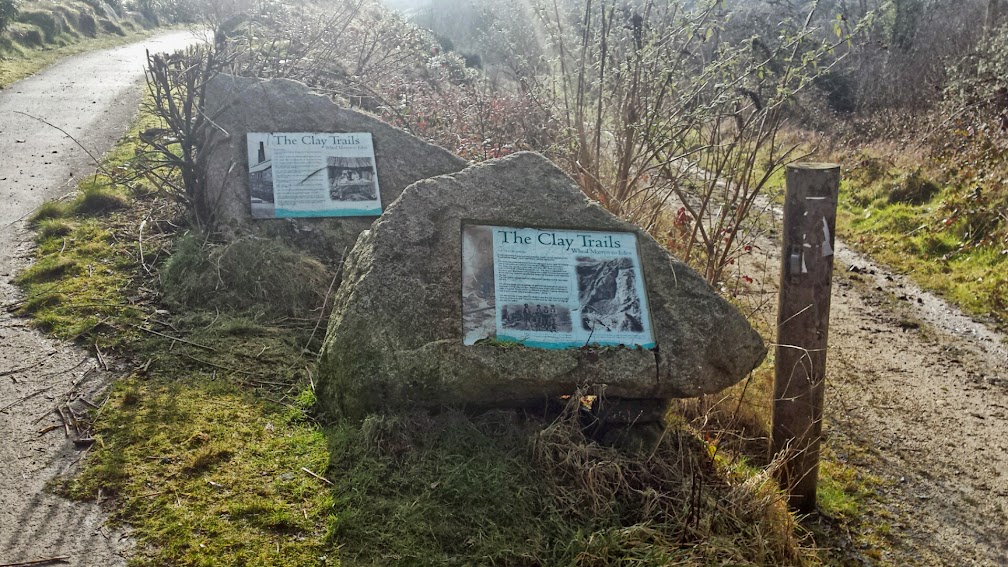 It started off pretty well passing other trail users but then it all went very wrong. The path split quickly into two with no sign-age of where to go. In my head I flipped a coin and decided to take the path to the left, heading down the path I soon realised this couldn't be the clay trails. The path soon became a struggle to cycle along so I took to walking with my bike. Then the path became littered with remnants of an old railway system and then before long the path came to an abrupt stop! 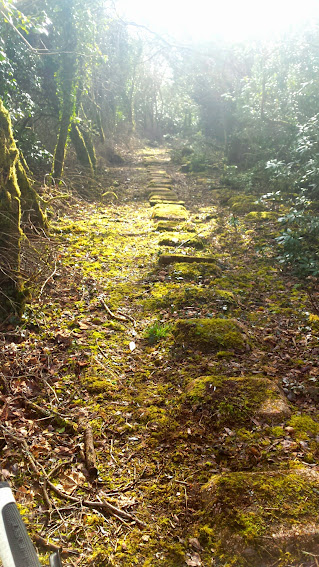 Turning around and heading back the way I had just come I took the path on the right, but again not before long the path split into two and yet again there were no sign's on where to go. I took a path and it was a physical impossibility to cycle along. The path was deep with boggy mud in places and big rocks and not to mention very steep up hill. I pushed my bike through the mud and struggled over the big rocks and stones with my feet sinking into the mud and getting my clothes caught on brambles. I started thinking to myself why didn't I just stick to the road? I was heading up hill on a footpath that I had no idea where it ended, although the views were quite nice my feet and my bike was now lagged in mud. As I approached the brow of the hill I arrived at a farm, this turned out to be Boskell Riding Centre.but the good news this was on a minor road. 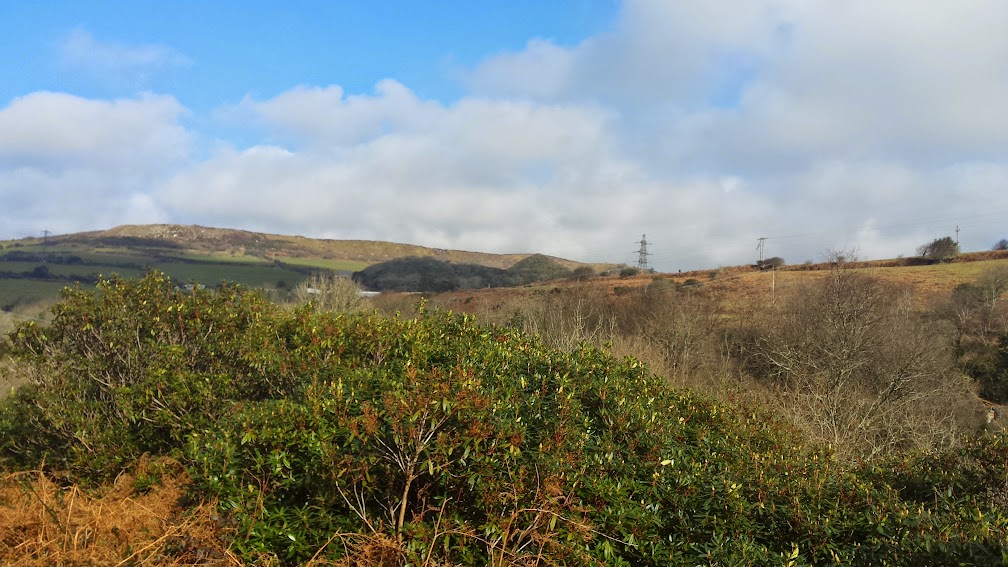 I got back on my bike and realised that my brakes wouldn't work as were caked in mud so I tried the best I could to scrap off the mud and get back on my way. I sped down the country lane and even got a bit scared at one point as I was going faster than I wanted and got a bit of a skid and a wobble on. At the bottom of the road I reached the road that I was on 20 minutes earlier but now covered in mud, brambles and shattered after my slog up a boggy hill for nothing.

Back on the main road I headed towards St Austell and through the town centre and out the other side where I joined the cycle network which took me back off the main road and along the Pentewan trail all the way to Pentewan village. 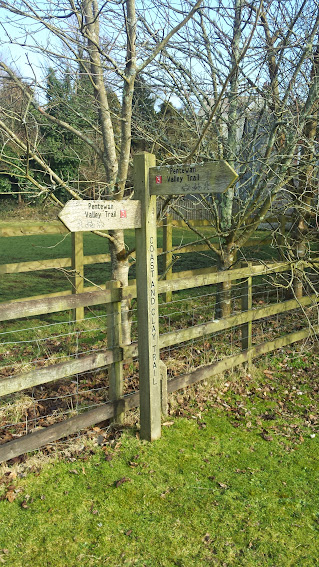 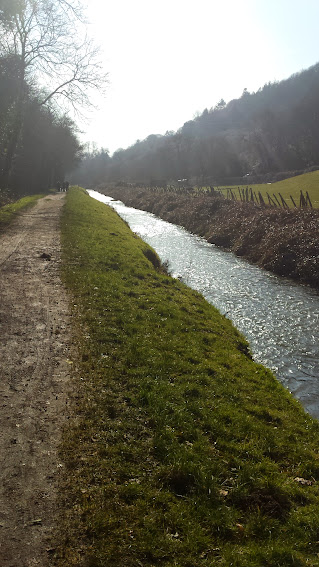 As I reached the end of the trail I arrived in the village of Pentewan headed straight down to the beach to see the sea. I imagine that the damage to the beach had been done in last years storms and that it once looked a lot prettier but even with the slight damage to the sea wall the beach is still a beautiful place. 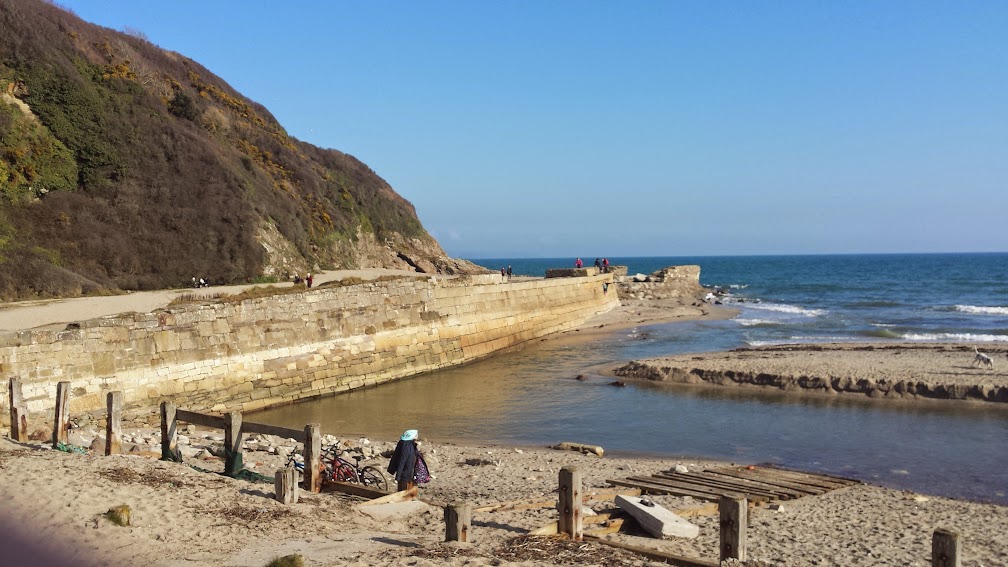 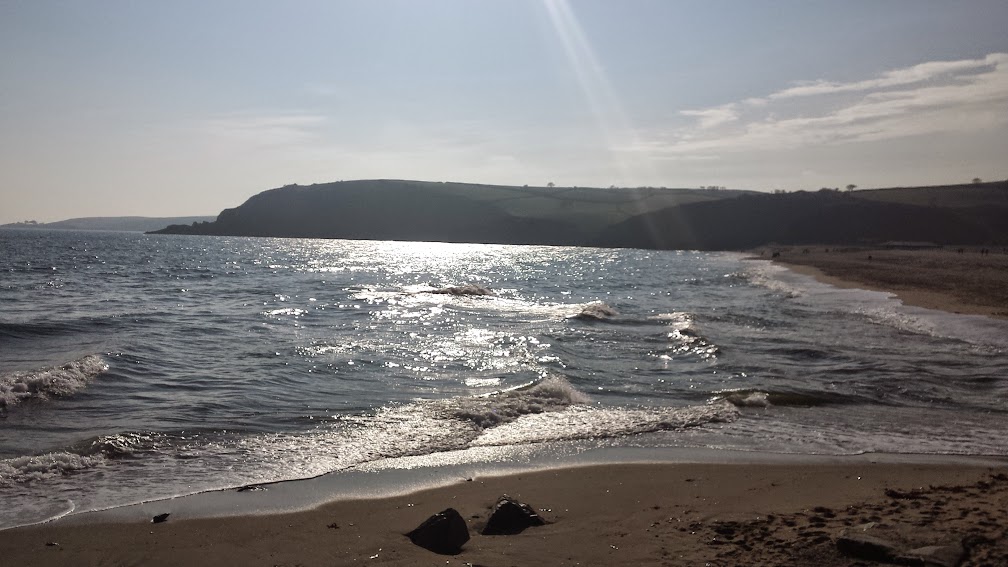 It was a beautiful day and even if I did get a bit lost i'm pleased that I managed to cycle to the south coast, my next challenge will be to increase the distance again and attempt over the 25 mile mark. For now i'm looking at a map of Cornwall and working out where my next adventure with me and my bike will take me, 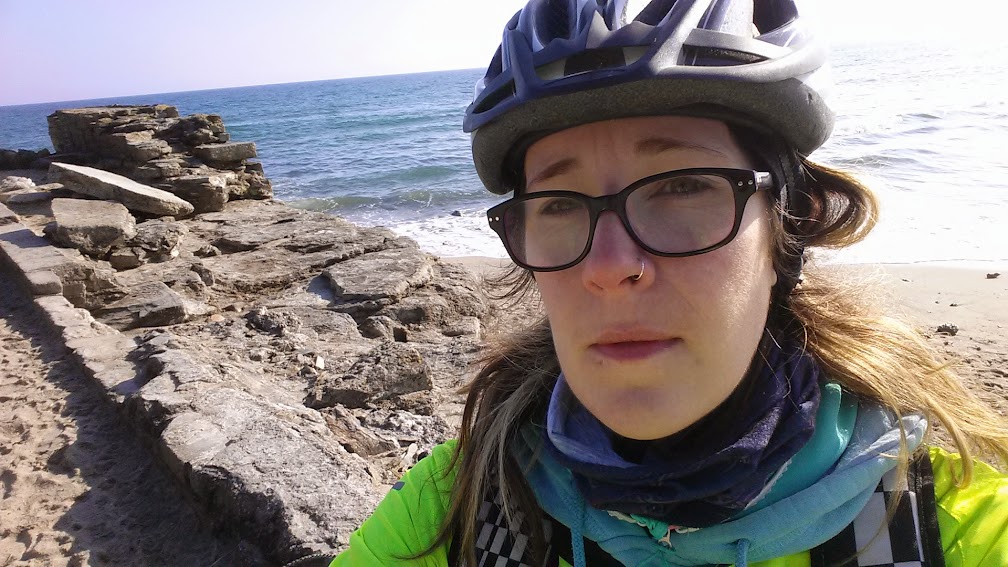