Being Hugely Inspired at The Truro Half Marathon

As many of you know I started running in December 2014 and when I reached my 30th Birthday I decided I wanted to enter my first ever Half Marathon. It wasn't long before I found an event 6 months on from my big birthday and I was filling in the forms and signing up to run the Cardiff Half Marathon in October.

However it hasn't been plain sailing at all, with a nasty calf injury that knocked me for six and cost me a fortune to get treated. But after nearly 3 months with no running, in mid August I was tentatively putting my trainers back on and beginning to endure gentle runs.

Starting with just walking, then gradually building up to walking, with a little run in the middle to now running again I feel slightly more confident for my first ever half marathon that's happening in less than two weeks at the Cardiff Half!

The first few months of my journey back into running were amazing, I attended the weekly ParkRun events at Lanhydrock in Bodmin and got faster and faster and felt fitter and fitter. I then joined the local Newquay Road Runners group for beginners on a Tuesday night and entered my first event with the team taking part in the cubert 5 mile run. Since that event back in June I've barely managed a night at Newquay Road Runners since because of my calf.

Even now I'm back running I'm taking it very easy with walking and running to build up in my own pace. I love going to the club and it does push me especially when we do sessions on the grass as the competitive side of me comes out. However right now I'm doing my own light training to get me through the Cardiff Half, hopefully without injury and I can't wait to return to Newquay Road Runners soon.

I recently watched the Great North Run on the television and felt all kinds of emotions whilst watching. There was the initial nerves whilst watching thinking 'Ekkkk that'll be me in a few weeks' to then feeling overwhelmed watching the elite athletes compete the course of 13.1 miles in an hour! An hour!!!! OK so I know that's Mo Farah and he is the worlds fastest runner and completed the course in 59 minutes 22 seconds!!! But still an HOUR! Pretty impressive stuff.

Now I'm a beginner to running, I've only started less than 12 months ago and then lost three months due to injury so I'm just wanting to get around the course in one piece. Hearing the news that four people actually lost their lives at the Great North Run really made me realise this isn't just a quick blip around the park. 13.1 miles is a serious distance. Now my initial goal before injury was to complete in 2 hours 30 minutes but anywhere under 3 hours I really would be happy with, considering my injury and how I've been running for less than 12 months just completing my first marathon will be a massive achievement.

On Saturday I went down to Truro City centre to watch and support the Truro Half Marathon. A much smaller affair than the 38,000 runners that were to complete the Great North Run just a few weeks previously. However there were still over 500 people on the streets of Truro city centre on Sunday morning all ready to complete 13.1 miles in the hilly Cornish countryside. Now to me that seems a lot harder than what I'm about to endure. There would be less people to support you around the course especially on the country lanes compared to through massive cities like Cardiff and Newcastle. There will also be a lot less people running either side of you, there's nothing more sole destroying then seeing everybody else disappear into the distance whilst your left on your own trotting along. But then you finish, you forget about all the other people that finished in front of you. You don't care about those, that are probably younger than you, been running longer than you and are most definitely fitter that you. You just completed a run. Whether it was 5 miles or 13 miles you just did something amazing and completed a run. You might have run it for yourself or you might have made money for charity but either way you did it. You might have walked sections or even crawled sections, your nipples might be bleeding and your feet blistered but you did it.

To all those people watching you are inspiring, and that's exactly what happened at the Truro Half Marathon. 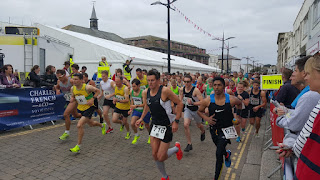 I was at a loose end on Sunday morning and decided to go and watch and show my support. Getting to the city centre early I could feel the energy amongst all the runners. Baring in mind I have only been to a handful of Newquay Road Runners sessions before my injury I recognised a few familiar faces and watched the runners leave the start line. 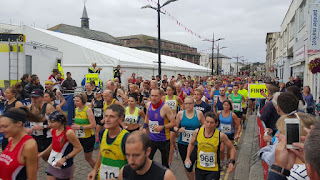 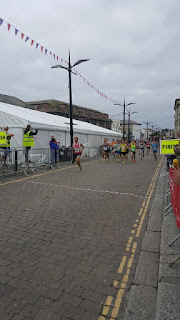 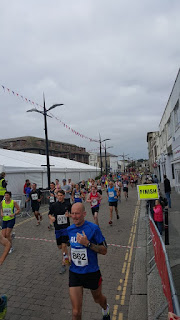 A small loop around the city the runners were going back past the spectators through the city before going off out into the countryside to complete the miles.

It was just over an hour before the first finisher came through the finish line with Colin Snook from Cornwall Athletics club speeding through with a time of 1:15:36. 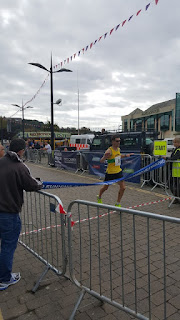 Less than three minutes later second place was achieved by Tom Joyce with a 1:18:18 with third place being taken by Jordan Morant from Hayle runners with a time of 1:18:43. To me these guys are simply just phenomenal. 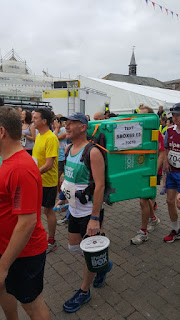 Every single runner that passed me yesterday encouraged me that I will be able to complete my first ever half marathon and every runner that came across the finish line managed to muster together the energy to smile and some even sprint to the line.

I want to thank everyone that ran yesterday that has filled me with inspiration and encouragement for my first ever half marathon. I can't wait, and equally can't wait to get back to the Newquay Road Runners club nights. 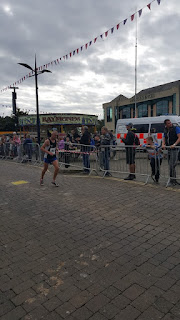 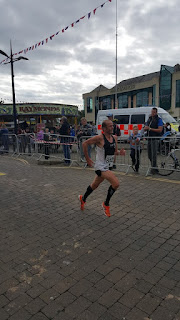 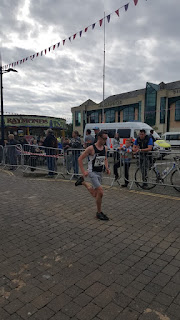 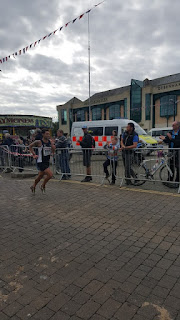 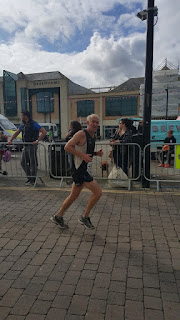 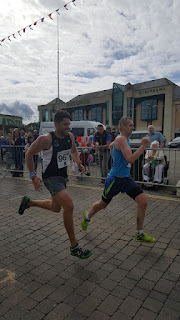 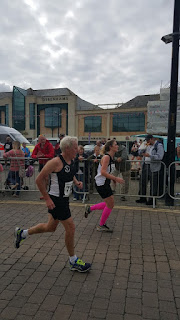 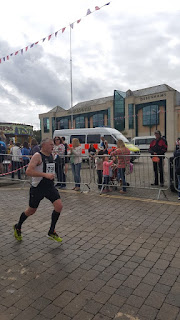 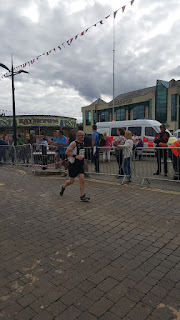 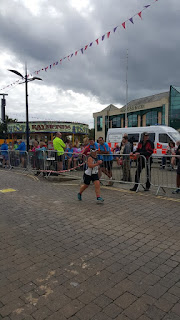 I'm running my first ever half marathon for the WWF and it's not too late to still sponsor me here - https://www.justgiving.com/Amanda-Panda/ 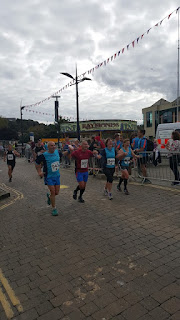