What's wrong with my calf?

This is the question that's been on my lips for several months now, "What's wrong with my calf?" After pulling my left calf muscle several months ago I stupidly didn't think much of it and carried on running through the injury. It didn't hurt too much whilst I was physically running it was just after the run, the day after that would cause pain.

After running through the pain for several weeks and with only 5 months until running my half marathon for the WWF in Cardiff in October I decided I would go and seek some medical advice from my GP.

The GP told me that there was a 16 week waiting list for NHS Physio and If I wanted a quicker path to recovery I should go privately. With that in mind I decided that I would seek out a local physiotherapist and pay for treatment. However after several appointments with the Physiotherapist the outcome wasn't good and the treatment was failing to work and week after week has gone by and stretches and strengthening exercises and massage is not helping at all.

After speaking with a fellow runner I was recommended to go and see a chiropractor rather than a physio and see if they could help. I was told that I was rather knotted up through the calf and also knotted through the spine which was effectively making one leg longer than the other. After a few sessions of being straightened out clicked and crunched the pain is still niggling. Every morning when I wake up and first walk on the leg the muscle feels like it is bulging and pulsing out of the leg. With an electric type pain running through the calf.

Several more weeks later and several hundreds of pounds of my own money spent I have now had so many types of treatment that there doesn't seem to be any thing else out their available for me to try. I've had deep tissue massage, I've had acupuncture and I've had ultra sound on my calf and although I have good and bad days, some days with no pain at all and others where my calf is as tight as when I first injured it months ago.

The next step unfortunately is being referred back to the local GP and potentially to an osteopath to hopefully find out what's wrong with me and how to fix me.

Sadly my first half marathon attempt is now very much looking to be in jeopardy and I'm gutted as I really want to do this not just for me but for the WWF too. As the date is getting closer and no training under my belt it's looking less and less likely but If I suddenly recover I will push myself and get myself around those 13.1 miles and "do it for the pandas" As for now, it's a waiting game and just trying to stay optimistic that I am doing the right thing with Rest, Ice, Compression and Elevation...... I just might need to work on the ice part a little more! 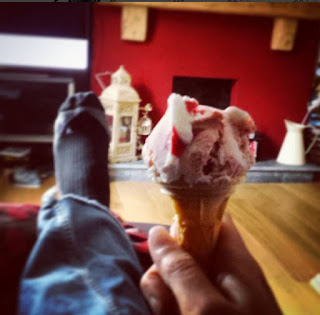